Run to Failure is a Viable Option 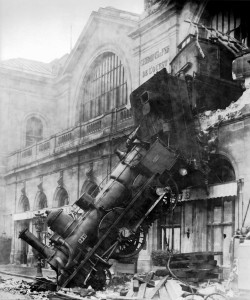 How Allowing Equipment to Fail, Will Improve the Uptime in your Facility.

Often times the maintenance team is focused on preventing failures in the facility.  All failures need to be addressed and no failures are acceptable.   This mindset may be holding back the uptime in your facility.  How is this?  After all, if we strive to prevent all failures shouldn’t uptime improve?

Most organizations do not have the resources to prevent every single failure and as such, resources are often pulled from failure to failure.  When the organization focuses on the consequences of the failure, instead of the failure itself, it can free up the resources to improve reliability.   Once the consequences are understood, running equipment to failure becomes an option.  This allows the team to focus on preventing the failures that make a difference to the business.

What is Run to Failure

Run to failure is a method and a mindset that says it is ok to let equipment fail.  Once the equipment has failed, then the repair can be completed at the convenience of the maintenance team.

However, the business must make a conscious decision, based on the consequences of the failure to the business.  Run to Failure cannot be deployed on every piece of equipment, as the facility would most likely fall apart and the business not achieve the goals.

When to Use Run to Failure

– Non Operational consequences are typically just the cost of the repair.  There is no downtime associated with the failure of the equipment.  In this case, Run to Failure is a viable option for the business.

– Operational consequences are when there is a loss of production or operational capacity.  The other form of operational consequences is when a failure which would normally be non-operational, causes more failures leading to more costs.  Usually there is a dollar or downtime impact threshold that determines if Run to Failure is acceptable.  This threshold may be that if the cost of the Proactive work is more than the failure, then Run to Failure is acceptable.

When Not To Use Run to Failure

– Hidden failures are not evident to the operating the operating crew under normal circumstances.  This means that a failure will go undetected until something else fails and the consequences are magnified as a result.   These types are typically found in safety and protective devices.   An example of a hidden failure is the blow out preventer that was involved in the gulf oil spill.

Now that you know when you can use Run to Failure, and that is acceptable, there are a few steps that you may need to do;

– Start to change the mindset of the organization.  The maintenance department has to focus on consequences of the failure, not the failure itself.

– Identify criteria for your facility that indicates when Run to Failure is acceptable and when it is not.

– Identify where Run to Failure can be deployed, and setup a pilot to confirm the improvements.

Do you use Run to Failure already in your organization?  If not, why?  You could be missing out on improving the uptime in your facility.

Remember, to find success, you must first solve the problem, then achieve the implementation of the solution, and finally sustain winning results.